If I Were A Super Hero

I've given some thought to what kind of super hero I would be...if I were a super hero. Although I haven't worked out all of the details of my costume, I've got the basics figured out. 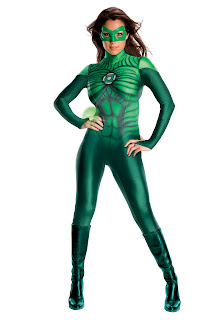 I would be a Science Super Hero! Are you disappointed? But I would be the sexy kind of super hero who wears some kind of skin tight sciency outfit. It would probably be various shades of green. With a cape.

Sure by day I would be a regular, probably geeky, person with a normal job. Then when important science calls...I would fly into action to dispell exercise myths and make the world believe in science.

Everyone would not only be in awe, they would actually believe in science. I would be able to wave my science hand across their forehead to wipe away their crazy ideas about magic bullets to make them skinny.

No one wants to be skinny anyway! My muscles would fill out my science hero outfit, and my legs would probably be longer...and I'd have vamped up features. I'd be all science-sexy!

I could swoop into grocery stores and fill carts with good choices putting smiles on faces just before I flew away. I could round up all the cardio-only's and put weights into their hands helping them increase their metabolism. As a Science Hero I could revolutionalize the world, helping people understand the science behind what they want.

So now you know my super hero dream to change the world. Now, I just need to put my outfit together!