Only recently have I been able to not devour every single morsel of food on my plate and be OK with it. Sure it's good to foster a culture of not wasting food. But my ideas have changed about leftovers. 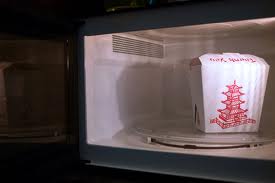 Eating without restriction for a week following the contest was a little bit of a social experiment to be honest. I noticed things around me. Like I didn't know how to order at Fat Burger. "Fat fries or skinny fries?" the teen aged kid quizzed me. I looked at Jacques and he looked at me. Blank. "Skinny," I said.

I also noticed how that same sense of unfamiliarity played out over and over. With each restaurant experience I had, I came across an unfamiliar menu. The pressure of ordering quickly made me feel like I was in a foreign country. Like I didn't belong.

It made me uncomfortable to be honest. I felt out of place. Some of the items I ate - I liked. Others not so much. And that's when it dawned on me...it's OK to leave behind this food. I don't need to take leftovers of something I don't want to eat. Or of something I've had my fill of.

The stuff I didn't want became left behinds and I was perfectly alright with that. I doubt my half a baked potato at the Outback would have solved world hunger. Nor would the slightly chewy tortilla chips at the Baja Fresh.

What I learned was it's alright to be particular about what I choose to eat. And when I indulge in something it's OK not to eat the whole ridiculous portion. Having no intention of eating it later...it's OK to leave it behind. It's no soldier.

Do yourself a favor next time you are considering your leftovers...leave them behind. Your behind might just thank you.
Posted by Kris Pitcher at 5:03 AM